The Mongol Rally is one of our favourites, and it offers “10,000 miles of pure adventure over mountains, deserts and some of the most remote terrain on the planet” If that doesn’t sound appealing to you, see a doctor. The rally starts in Europe and ends in Ulan Bator, Mongolia and the route taken pretty much rests upon the driver’s discretion. 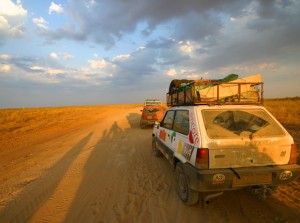 There are a few rules to abide by in the Mongol Rally; you can only enter a car with an engine of less than 1.2l capacity and any motorbikes need to be below 125cc. You and your team have to raise a minimum of £1000 for charity and the car must be under 10yrs old and it will be sold at the end for charity.

You do have to sign your life away as it is extremely dangerous, and unfortunately, people have died in the past. Whilst this is tragic, it is the danger that gives this Rally its true sense of adventure.

So grab yourself a second hand Fiat Punto, stock up on a few parts and spares (good luck finding them in the desert), and sign yourself up!

The Banjul Challenge has a similar mantra  to the Mongol rally, it is another long (around 3700 miles) trip which is not a race, but more just a chance to go on adventure and see some places that you wouldn’t have otherwise. 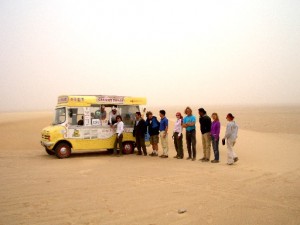 The route is loosely based on the Dakar Rally and features a stunning two-day crossing of the Sahara Desert. You also get a nice dose of danger, when you pass through Mauritania a place which is worthy of the Foreign Office’s highest threat level and their strong recommendation that you don’t go there.

You can only do the challenge with a Left Hand Drive vehicle and it must be worth around £100. The cars are auctioned for/donated to charity upon arrival to Banjul and entry will set you back £375.

Great Arc/Rhythm of A Road Rallies

These rallies are centred around India and the one in 2013 is for classic cars. It is a ‘non-competitive touring event designed for adventurous drivers who want to see the real India’. This challenge is all about beauty and exploring some of India’s most awe inspiring sites including ancient forts, temples, and desert dunes. 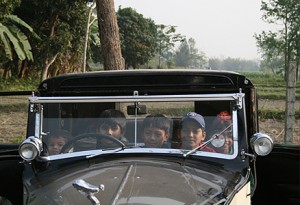 These Rallies aren’t as dangerous as the others, and are a bit more relaxed, yet still an adventure. Unfortunately you cannot enter the 2013 rally as it begins on the 24th of January. However keep an eye out for future ROARR Rallies, as they offer a brilliant experience. It is also organized in a way which supports a good cause, last year surplus funds of £10,000 were given to Women-in-Need to support women with leprosy in India.

The Crumball Rally has been running since 2006 and will take you along a tour of some of Europe’s finest roads. The routes are themed to represent different classic automotive films, including: The Italian Job, The Great Escape, Grand Prix, Thunder Crawl, Mission Impossible and ‘Allo ‘Allo. You are expected to embrace the theme, usually people will dress accordingly, and decorate their second hand cars in homage to the Movie. 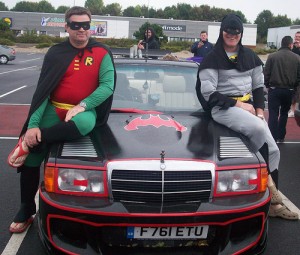 Unlike others you do not have to commit to a charity for entry into Crumball, though you do get plenty of chances to support a worthy course along the way, it is one of the cheaper adventure rally options, and it only takes 3-4 days to complete, so you won’t have to book too much time off work. You ditch your used car (which should be worth no more than £200) at the end and get a flight home.

The Gumball 3000 is a 3,000 –mile international party crazed road rally event which takes place every year. The route changes from year to year and has done since the race was established by Maximillion Cooper in 1999. The Rally consists of 120 cars in total and most are powerful and exotic sports cars though they are open to more outlandish entries also. 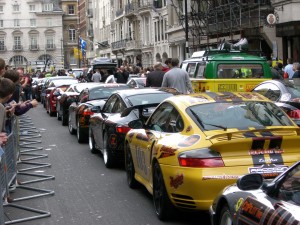 The Gumball 3000 attracts many celebrities every year and it is an event which caters more to the privileged amongst us, participants have included Jason Statham, Tony Hawk, Snoop Dogg and Xzibit.

They get thousands of applicants every year so you have to something extra special to offer, on top of the £30,000 entry charge. You can attend the public starting event however for free and it will take place on the 18th of May 2013.